Unsung Hero of the Mineral Kingdom By Josh Ramage

What is meant to be an Unsung Hero? The dictionary says that it is a person who makes a substantial yet unrecognized contribution; a person whose bravery is unknown or unacknowledged. Across the threads of time there have been numerous unsung heroes. Not only the ones who served in wars, and laid their lives on the line for loved ones and their heritage, but also the people who humbly do unseen things each and every day. Unfortunately, sometimes even God, the omnipresent and overseer of the human spirit, becomes an unsung hero in our lives. I believe everyone has done it, both been the unsung hero and the self-indulgent. Thankfully we have holidays, days of remembrance, to remind us of unsung heroes; as well as memories and people in our lives. In the month of July, July 4th notably honors heroes that have fought for our independence and their sacrifices/bravery still vibrates throughout the foundations of America today. 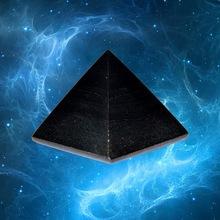 The mineral kingdom has its own unsung heroes, Shungite is among the finest. It is 98% carbon, an important molecule for the earth and the organisms inhabiting it. It also contains many fullerenes, which are antioxidants that help rejuvenate our bodies. It was founded in the Shunga River in Russia, and that is where its name originated. Some historians and scientists believe it could have arrived from outer space or has existed since 2 billion years ago. Most of the waters we drink today and that inhabit earth contain fullerenes found in Shungite. These are natural antioxidants that can purify our body and help our cellular and biological mechanisms function better. It has the ability to charge water and electronic devices. 70% of our body is made up of water. Hint, Hint! The trillions of cells and neurons that communicate by means of shared electro-chemical messengers, receiving and amplifying messages amongst each other in an organized fashion; are very similar to the clockwork of radio broadcasting, receiving, amplifying signals across the world. Each of our bodies put off a magnetic field (subtle bodies) that surrounds the physical body. Shungite, like tektite, helps the subtle bodies function better. Magnetic fields are a bunch of free-flowing ions that move in an organized fashion around a focal point. The electricity (power of the focal point) is in direct relationship with the magnetic field. So, if Shungite can raise our vibrations and inhibit toxins while helping our white cells combat any unnecessary substances in our body, it will then increase our Aura (magnetic field) as well. This can be good for psychic protection as well. Furthermore, I use Shungite to rejuvenate others stones, especially if I am using salt water or just regular water. I use a pyramid shape Shungite in the middle, and four Shungites around it to create a crystal grid. I place the stones at the bottom of a glass cylinder, pour the salt water in, and then put the intended crystals to be charged on top. By methods of induction, Shungite can charge water and strengthen magnetic fields…it makes a great stone to charge other crystals in salt water! It will charge the salt crystals and water, which will consequently charge the targeted crystals. Please cleanse Shungite alone first, before using it as a means to cleanse other stones. Also, since stones are cleansed in acid when excavated from the earth, do not use Shungite to cleanse drinking water unless placed outside the container of water. For so long, Shungite has been a mystery to many, an Unsung Hero.