In 1971, a Canadian physicist, named John K. Hutchison, was working in his basement in an attempt to build a Tesla coil – a transformer that sends long arcs of high voltage electricity through the air. As he started up his high-voltage equipment, Hutchison felt a chunk of metal hit his shoulder. When he threw it back in the direction from which it came, it flew up and hit him again.

That was when he discovered that fundamental frequencies can act as a shield against the force of gravity. The Canadian government has dubbed this phenomenon the Hutchison Effect.[i]

In October of 2010, Hutchison created a device that emits a combination of audio and radio frequencies, which have the effect of clearing waters that have been polluted by oil and dispersant. And, once the waters are cleared, the native marine life immediately returns to it. 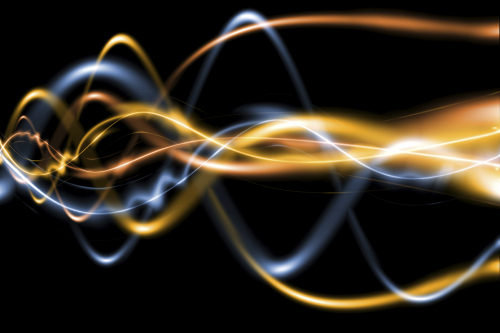 He and his associate ran their first test in a body of water in the Gulf of Mexico, called Perdido Bay, which they treated with these vibrational frequencies for four hours. Perdido Bay is one of the most polluted waters in the Gulf of Mexico. Yet, the next morning, the waters they had treated were clear. And they have managed to capture on film the restoration of sea life, green algae, dolphins and fish that took place on the day following their test.[ii]

"What we are doing is bringing Life – the healing frequencies that have been known for thousands of years to restore damaged DNA." Nancy Lazaryan

The specific frequencies that Hutchison is exposing to the polluted waters are those that are produced by the tones in a musical scale called Solfeggio. This ancient scale was discovered in 1974, in a hymn titled Hymnus in Ioannem. The hymn was written by an eighth century Lombard historian and was given to the Catholic Church.

The Solfeggio scale includes the six tones Ut, Re, Mi, Fa, Sol and La. The tone of Ut originates from the Latin term UTqueant laxis, which means ‘the whole series of recognized musical tones.’ This tone vibrates at a frequency of 396 Hz, which correlates to brainwaves that are in the ideal state in which a person is most receptive to external input.

When two frequencies are brought together, the lower will always rise to meet the higher. This is the principle of ‘resonance’. So, when our consciousness resonates with the frequency of the tone of Ut, we become receptive to the other tones in the scale.

Vibrating at a frequency of 417 Hz, the musical tone of Re takes its origins from REsonare fibris, which means ‘facilitating change through resonance’. It is interesting to note that, to the ancient Egyptians, the Father of Creation was the god who is known as both Ra and Re.

"And the Spirit of God was hovering over the Waters." Genesis 1:1-2

The tone of Mi originates from MIra gestorum, meaning ‘miracle’. This tone has a frequency of 528 Hz, which is used for ‘transformation and miracles’. The frequencies of the remaining tones in the Solfeggio scale are for connecting and relationships, for solutions and expressions, and for awakening intuition and expanding consciousness.[iii]

According to the science of Radionics, these healing frequencies are also used for the commencement of the overlay of the DNA construct, to repair any damaged DNA strands, to reconnect the remainder of our DNA strands and to help us return to our original DNA blueprint.[iv]

So, when sung in sequential harmony, the sounds of the musical tones in the Solfeggio scale vibrate at the exact frequencies required to open our cells so new programming can be imprinted on our DNA. The frequency of 528 Hz has already been discovered by genetic biochemists who are currently using it in their labs to repair DNA that has been damaged.

Water has the ability to memorize frequential patterns with which it comes into contact. It then retains the energetic memory of these frequencies. It is a great medium for energy. So the ability of Hutchison’s frequency generator to produce the specific frequencies of the tones in the Solfeggio scale is what is purifying the polluted waters in the Gulf of Mexico.

His frequency generator is clearing a one-mile radius of 7 parts per million to less than 1 part per million. But what is most interesting is that, it is doing this in under 24 hours. This has been verified by sympathetic resonance, which has been detected by oscilloscope from the projection of frequencies over the water.[v]

The President of Analytical Chemical Testing Laboratory Inc. in Mobile, Alabama, has reported that there has been a complete removal of the dense matter of grease and oil from the water samples taken from Perdido Bay. The downloadable report of his company’s chemical analysis is dated October 26, 2010.

"I believe that, prior to Adam and Eve, water itself held the consciousness of God — that God’s intention was put into the Medium of Water, and that this was used in the creation of Earth and nature." Dr. Masaru Emoto

When sound is articulated from a high level of understanding, it can cause energy to descend down to dense matter. It can also cause dense matter to ascend back to pure energy.

[i] The Hutchison File: The Planetary Association for Clean Energy Inc., 1996

at the Pyramid of Enlightenment.