I believe the most ingenious people throughout time have been able to logistically, manifest brilliant ideas by synergizing their mind and heart. Although, science argues intuition is faulty, is a hypothesis not an intuitive thought? Hypothesis is an abstract idea. It becomes concrete when it is rationalized by scientific methods. I am not saying that the means by which scientists evaluate and articulate holds no value or truth. I am stating that it takes both intuition and rationality to reveal the simplicity underneath the mess. Our intuition is within our heart, and rationality is from the mind.

The mind is constantly trying to fill the ‘empty space’ in any given context. Quantum physics is saying that the concept of empty space is an illusion, even to the most basic form of life. The atom is full of potential, not space. Within every one of us is potential. If we attach to the idea of ‘empty space’, the mind will throw in chunks of information and most of the time it is misguided. Course of Miracles states we should first find our potential within ourselves, and then we are open to receive and give. Course of Miracles is about the undoing of the ego, tearing down walls that create the idea of separateness. The Bible says we must constantly put on the armor of God, protect our mind from the Devil’s/ego’s stronghold. One must be careful, and be aware of this faulty thinking. If not, the mind will create a mental black hole, causing one to drown in one’s own doing to the extreme.

Intuition is the first thought, gut instinct. The intuition is when we are connected to the Holy Spirit; the mouthpiece of God. Intuition is always there, sometimes stuffed in the crevices of the self. We ignore it or look past it out of habit. People are not taught in education systems, especially in a western paradigm, to silence the mind and find that inner voice. Why? People are taught to rationalize everything; how can the answer be so simple? I challenge this notion, how come we have not by logic thought, revealed the basic mechanisms behind creation and fabrication of the cosmos. We are getting there, but there is an unknown inertia that slows progress.

Nobody is weird or abnormal if they do find themselves in a perplex situation, tangled in the abyss of hopelessness and avoidance. It is a major lesson everyone has to learn, perhaps over and over. The expression ‘stuck between your head and heart’ wraps all of this together. If anyone that reads this article has Libra planets, especially the first 3 in the birth chart; then this is a familiar expression. Of course, you do not have to have Libra planets to be indecisive, weigh out the pros and cons, and feel stuck between a rock and hard place. Sometimes it can be the most minuscule problems, and most often we feel stuck when we have to make a decisive action that has a lot of weight to it, emotional attachment. The mind wants to analyze everything. Your ego wants to throw stones at you if you make any decision. The heart wants to guide, but it is not the loudest voice, so it is easy to overlook. In psychology, this would be termed cognitive dissonance. In tarot, it might be the 2 of swords or 3 of hearts reversed. The conscious becomes split so to speak, the energy is scattered. The decision is painful; it feels like the two hemispheres of the brain are having a tug-of-war match. The corpus callosum is the rope. Corpus callosum is what connects the right and left hemispheres of the brain together. Although, the mind can be dangerous and destructive, but if one knows how to direct it and guide it with divine assistance (Intuition), it becomes a very effective tool. Sometimes we are too close to the tree, so we need that analytical power to separate out the pros and cons. We need analytical power to put things in order step by step, and then we use intuition to push us forward and give one flexibility in the decision making process. I characterize this process as synergizing the mind and heart into one functional system. The following stones have the potential to enhance and strengthen the connection between heart and mind. They will help balance both hemispheres to improve decision making abilities and follow the heart’s truest desires. They have other helpful qualities as well!

Iolite is well known in the shamanic culture, but it is a very holistic stone as well. Iolite is a very good stone that combines conscious day-to-day thinking with higher conscious thinking into one congruent conscious. This stone goes hand in hand with the purpose of this article. Iolite synergizes the heart and mind; it helps calm the mind and put the heart in the driver seat. This will enhance awareness and intelligence, thus increasing one’s vibration on all levels. It has other benefits such as opening the third eye and enhancing awareness. Iolite increases clairvoyance. It helps us access past life records as well. 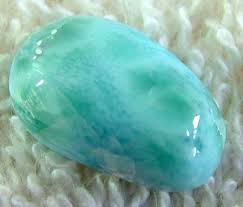 Larimar is a very unique, and calming stone. It creates a strong bond between the thoughts of the mind and the emotions of the heart. It will help one to stop playing devil’s advocate. The more someone ruminates on unhealthy emotions and thoughts, the more toxic thoughts and emotions are built internally. I have found that a lot of people with water planets (Cancer, Scorpio, and Pisces) in their birth chart are more prone to ruminate a lot. Especially in the moon or mercury placement. Rumination is the process of creating different outcomes in our mind, about the same situation. We could be ruminating about the past, or the future. This is a very destructive habit. Thankfully Larimar will help one stop, thus giving one healing within the body, mind, and soul. The stone increases communication with angels and guides, it primarily works with the throat chakra. The other benefits of Larimar: communicate with more clarity, be more honest, work with the thymus, assist one with mood disorders. 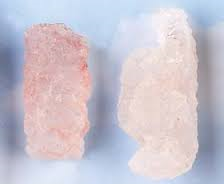 In Buddhism, they characterize Nirvana as a transformed state of mind. Nirvana is the liberation of any negative states we put ourselves in. Sounds like a touch of heaven to me. Nirvana quartz is an amazing stone, and usually it sells very quickly. It is from the Himalayans, also called the ice quartz. It is the only stone I have ever meditated with, that helped me completely focus on the present moment. Most people’s excuse for not getting anything out of meditation is they cannot quiet their mind. I am not innocent, I have had to train myself and still do to this day to learn to quiet my mind. Nirvana Quartz though is a good stone for anyone who has the slightest interest in stones and meditation. Not only was I able to quiet my mind and to fully integrate myself into the present, my whole body radiated from head to toe and back with a calm, relaxing energy. Nirvana quartz is known to synergize the heart and mind, especially the pink ones. The clear ones will work more with the high chakras, but my stone is clear too. It did the job. The other benefits of these stones are enlightenment, illumination, and increasing psychic abilities.